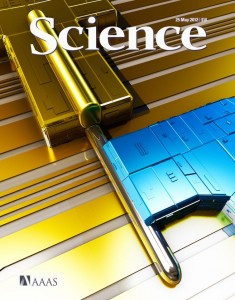 This is a very recent development, but I have decided to give everyone heads up. During a discussion last week we have uncovered a serious concern with our last year’s Science paper, that is likely to invalidate our conclusions regarding the observations of the signatures of Majorana fermions. There will most certainly be a retraction submitted to Science. Turns out, during our experiments we have overlooked a widely known reason for the observation of a zero-bias peak, which can be mistaken for Majorana. This same explanation will for sure apply for five other experiments that report zero-bias peaks. And the 200 theory papers that were published since will need to revise their optimistic statements. (Actually I am quite surprised that nobody pointed this out to us earlier).

The non-Majorana explanation, as reported by Uspensky in 1973 is the Cheburashka effect. Apparently, zero-bias peaks were observed very clearly when one of the persons performing experiments had really-really very big ears. (You know who you are!!)

P.S. Those other five experiments should still look carefully at their data.