Long-long time ago when I was a graduate student chasing, as most of us, a wild vision of my great advisor, I found myself trying again and again to fabricate devices in the cleanroom, cool them down, measure them – with no luck! My aspiration was to observe amazing never before seen physics, yet I could not even see the things from many decades ago like the supercurrent. At that point, as an act of Universal discourse, I printed a small request on a sheet of paper and posted it on the wall in front of my measurement computer. It said ‘DEAR SOMETHING, PLEASE WORK!’. Time passed, and through sweat and pain the god of Something bestowed her benevolence on me. I saw the supercurrent – I was so happy I called my advisor late in the evening. (I haven’t been so excited since I have spotted a guy named ‘Larry Cooper’ at my first March Meeting and took him for Leon Cooper, the discoverer of Cooper pairs and of mini-Cooper cars).

Anyhow, when I visited my old lab in Urbana last year my prayer was still attached to the wall. Only it was the second one. To the God of Everything. 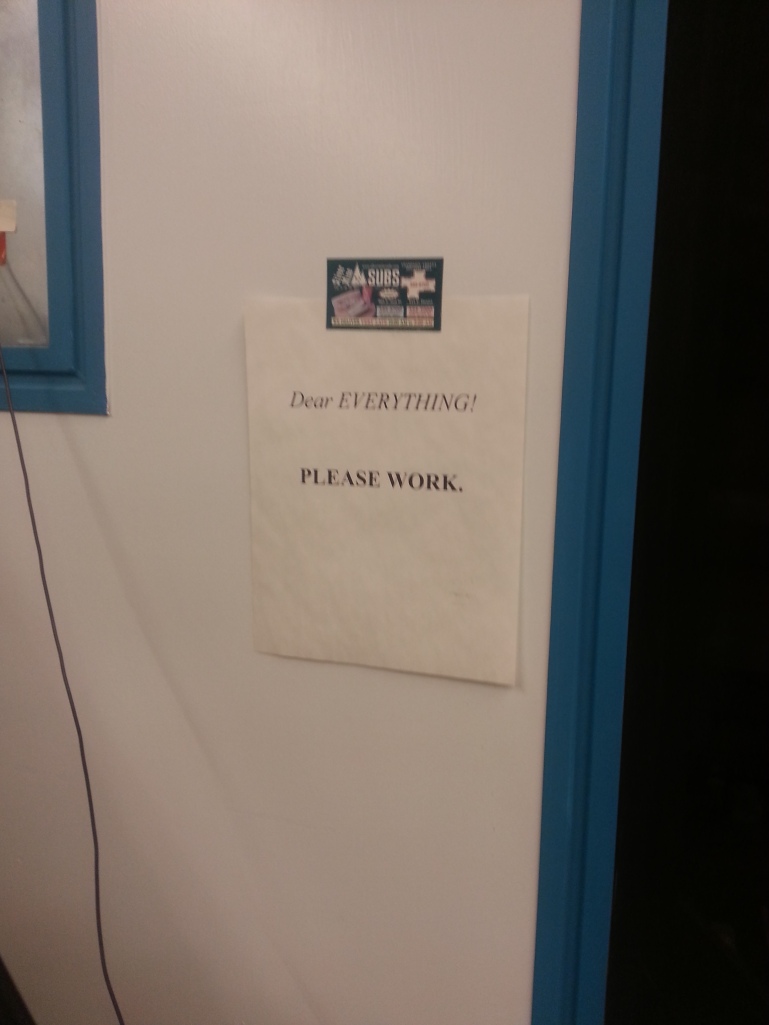 For an experiment to be successful, EVERYTHING has to work. And for me supercurrent was only the beginning. Once you got something working, your appetite and your paranoia grow exponentially. We are at this point right now at Pitt. As soon as everything works, something will come out.